Plastic is a high molecular compound, commonly known as resin, which takes monomer as raw material and polymerizes through addition polymerization or polycondensation reaction. It can freely change the composition and shape style. It is composed of synthetic resin and additives such as filler, plasticizer, stabilizer, lubricant and pigment. The basic properties of plastics mainly depend on the nature of resin, but additives also play an important role. Some plastics are basically composed of synthetic resin without or less additives, such as plexiglass, polystyrene, etc. The so-called plastic is actually a kind of synthetic resin. Its shape is similar to that of pine resin in natural resin. It is artificially synthesized by chemical means and is called plastic. Waste plastic waste is difficult to degrade, so the landfill of waste plastic waste not only occupies a lot of land resources, but also has an adverse impact on the pH of soil, worsens the soil environment and seriously affects the growth of crops.

With the rapid development of China’s economy and the continuous rise of industries such as construction, agriculture, medical treatment, express delivery and takeout, the consumption of plastics in China has increased year by year. China has become the largest plastic consumer in the world. The consumption of plastics in China was 80.9784 million tons in 2019 and 90.877 million tons in 2020, with a year-on-year increase of 12.2%. 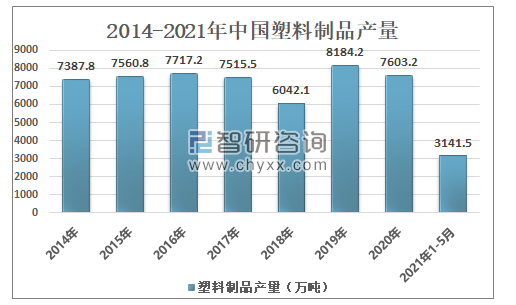 What did Baili do to protect the environment?